Game for Belarus. Does Poland matter?

Centre for International Relations and Konrad Adenauer Stiftung in Polen invite you to the next meeting of our series – ZOOM THE WORLD, conversations with exceptional guests: diplomats, entrepreneurs and experts about the situation in Poland and in the world.

👉 Marek Budzisz, analyst, historian, journalist, expert on Russia and the post-Soviet East.
👉 Dr. Adam Eberhardt, director of the Center for Eastern Studies, specializing in the analysis of the domestic and foreign policy of Eastern European countries.
👉 Witold Jurasz, Onet journalist, president of the Center for Strategic Analysis, former First Secretary of the Embassy of the Republic of Poland in Moscow, former charge d’affaires of the Republic of Poland in Belarus.
👉Agnieszka Romaszewska-Guzy, journalist, founder and director of Belsat TV – the first and so far sole independent television broadcasting to Belarus.

We talked about:
– whether Poland’s voice counts in the game of Belarus?
– is there a risk that Russia, not the West, will become the beneficiary of the democratic awakening in Belarus?
– should a dialogue be held with Lukashenko?

The conversation was moderated by dr. Małgorzata Bonikowska, the CIR President 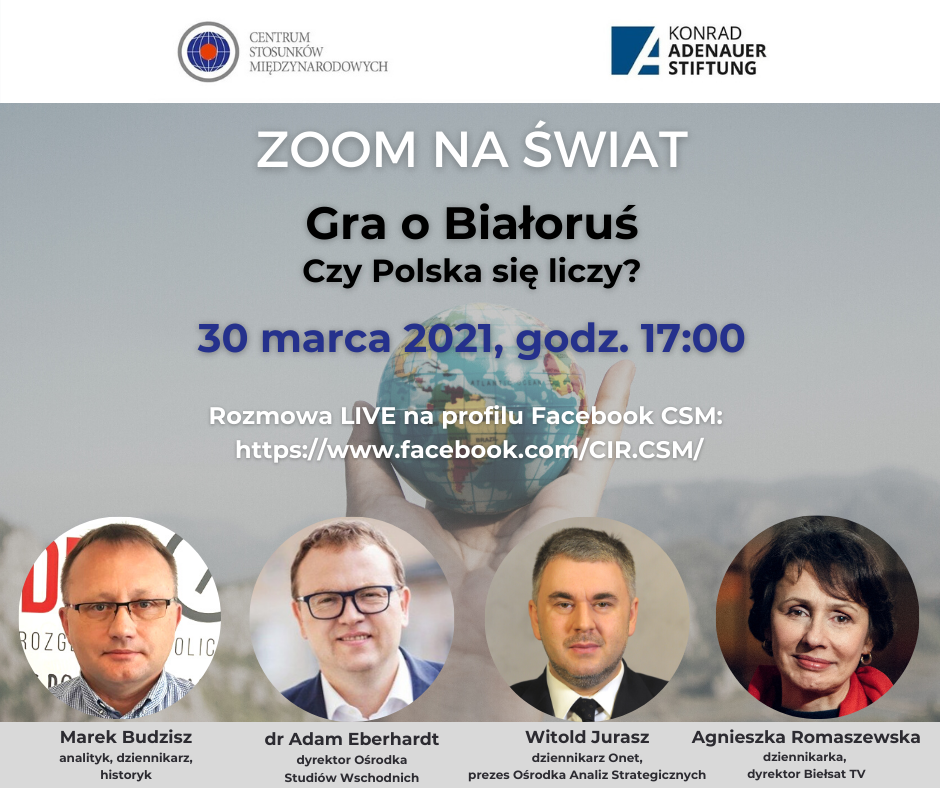