Film project “From Dusk to Dawn”

A documentary film From Dusk to Dawn  (50 minutes) tells about a long and bumpy road of Eastern and Central European countries to liberate themselves from the Soviet domination. It presents places which silently “witnessed” the milestone events in the history of our region. The Bem Square in Budapest, which saw 200,000 Hungarian students protesting against Soviet rule in 1956 which ended with the Soviet invasion. The Berlin Wall, ideologically dividing Berlin from 1961 to 1989. Gdańsk shipyard with the famous Gate No 2, a symbol of fight against communism where in 1980 Lech Wałęsa stood to announce the creation of the Independent Self-governing Trade Unions “Solidarity”. The John Lennon’s wall in Prague, covered with anti-government graffiti, in 1988 a source of irritation for the communist authorities and a platform of free expression at Soviet times. The Baltic Wave, formed in 1989 by almost 2 million people stretching across then Soviet Republics of Estonia, Latvia and Lithuania who were now demanding freedom.

The production of the film was financed by the European Union. The aim of the project is to raise awareness of European citizens, especially young people, about the long-term and rough struggle of Eastern and Central European nations against totalitarian regime. With the invasion of Russia on Ukraine, the film got a new meaning. 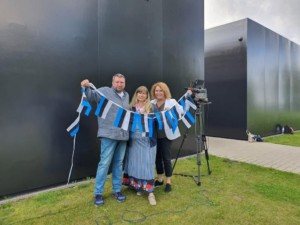 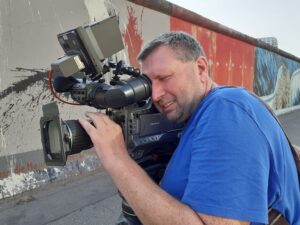