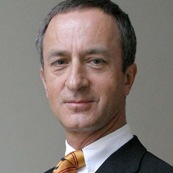 Janusz Reiter, Founder, Chairman of the Board

Janusz Reiter attended German studies at the University of Warsaw. In 1977, he started working as a journalist. Between the years 1990-95, Mr. Reiter served as a Polish ambassador to the Federal Republic of Germany. He was actively engaged in the rebuilding process of Polish-German relations. In 1996, he founded the Centre for International Relations (CIR), an independent thinktank, focused on foreign and security policies. He held this position for 11 years. In 2005, he became the Polish Ambassador to the United States, and in 2008 – a Special Emissary in regard of the climate changes and in this capacity, he participated in the preparations for climate changes conferences in Poznań and Copenhagen. Moreover, he was a deputy chairman of Presspublica Sp. z o. o. (Ltd.). In 2010, he was reinstated as the CIR foundation chairman, and in May of 2013 became the President of the CIR Foundation Board. He is an author and coauthor of many books and magazine publications. He published in “Frankfurter Allgemeine Zeitung”, “Weltwoche”, “Washington Post”, “Wall Street Journal”, “Die Zeit” and several Polish journals and magazines. He received many awards and prizes: Order of Merit of the Federal Republic of Germany, the Viadrina European University award and an honor title of the College of the Atlantic in the USA.