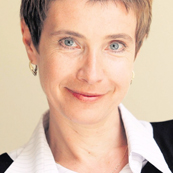 Krystyna Iglicka is an Economic science professor. She is a chancellor at the Łazarski University, the chair of Faculty of Quantitative Methods in Economy, the president of the Migration and Demographic Center. She also acts as a Polish government’s expert in the matters of migration policy. European Commission expert for workers mobility from new member states after 2004. She is the head of the Immigration and Return Migration Team near the Human Rights Defender of 5th and 6th term. A member of the Migration and Polish community near the Polish Academy of Science. She was a lecturer on several European and American universities. In the 1999-2000, the Fulbright scholarship student at the University of Pennsylvania. In the years 1996-1999 she coordinated Polish Migration Project in the School of Slavonic and East European Studies. She is an author of ten monographs and above 100 publications – among others: “Poland’s Post War Dynamic of Migration”, Ashgate, Aldershot 2001; “Revise Poles’ migrations during economic crisis: In the cycle of migration trap”, Warsaw, Scholar 2010; “Migrations contrasts in Poland – transatlantic aspect”, Warsaw, Scholar 2008. She was likewise the co-editor of books: “The Challenge of East-West Migration for Poland” (together with Keith Sword), Macmillan, London – New York 1999; “From Homogeneity to Multiculturalism: Minorities Old and New in Poland” (together with F. E. I. Hamilton), UCL Press, London 2000. The author of over 70 scientific papers concerning demography and migrations, issued by prestigious publishers from Poland, Great Britain and the US.