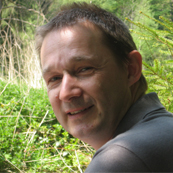 Klaus Bachmann, professor of political science at the University of Social Sciences and Humanities, board member of the Stefan Batory Foundation, president of the board of the Foundation for European Studies (FEPS) in Wrocław, in the years 1988-2001 foreign correspondent for German, Austrian and Swiss media in Poland, Ukraine, Belarus and Lithuania, between 2001-2004 correspondent in Brussels. A graduate of universal history and the history of Eastern Europe at the University in Heidelberg and Vienna, in 2000 he defended his doctoral thesis at the University of Warsaw on Polish-Ukrainian relations in Galicia before the First World War. In 2004, he published his habilitation on the European Convention. In the years 2004-2009 assistant professor, then professor at the University of Wrocław, since 2006 professor at the University of Social Sciences and Humanities and from 2013 professor of social sciences. He specializes in the “Transitional Justice” area, European integration (the treaty reform and decision-making mechanisms) and modern history. Author (together with Thomas Sparrow-Botero and Peter Lambertz) of the monograph “When Justice Meets Politics. Independence and Autonomy of Ad Hoc International Criminal Tribunals”, Frankfurt/M.: Peter Lang 2013.