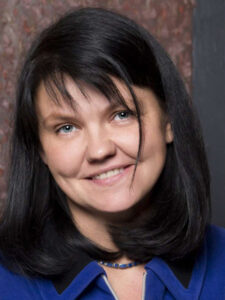 On 1 November 2013, she became Deputy Minister of Foreign Affairs with the rank of Undersecretary of State. She was dismissed from her post on 24 August 2016. On 1 September of the same year, she became Chief Advisor in the Political Office of the Prime Minister. She held this position until 2017. In 2018, she was appointed Director of the Centre for International Programmes at the Warsaw School of Economics. In 2011, she was awarded the Golden Cross of Merit