The Center for International Relations Foundation (CIR) is creating the “People to People” project, telling the stories of Poles of Jewish descent and of Jews of Polish origin.

These contemporary figures express themselves in art, business, music, medicine, education, literature and other fields. They often work on a microscale as agents of change, seeking to make the world a better place to live in as well as breaking stereotypes and providing fresh and unique outlook on the common heritage of both nations.

Over the past few months, the creators of the project have met with dozens of representatives of both communities, mostly in Poland and Israel, listening to their stories and experiences. Many of them can be met on the dedicated website www.people2people.site, which is continuously updated with new entries, stories and characters.

“It is an unpredictable and astonishing journey“, says CIR’s President, Ms. Małgorzata Bonikowska, PhD.  “During these conversations we have uncovered a variety of definitions of the Jewish identity and of the Polish one. Common to these personalities is a sensitivity to the modern world and the will to improve it, drawing on the unique DNA created by the shared European heritage of both nations. These are people who can inspire others, not only from a Polish-Jewish perspective, but also from a broader humanitarian one. They embody the potential for the revival of contemporary Jewish heritage in Poland through the talents and the determination of people who operate in all walks of life – art, business, social activity and even fashion. Every one of these stories can easily be the subject of an entire book”.

Partaking in the project is Katka Reszke, a researcher of Jewish culture and identity and the author of “The Return of the Jew”, the first monographic study of the identity of the third generation of Polish Jews following the Holocaust. She says: “We feel most Jewish in Poland. Against this landscape. All the challenges make me feel more Jewish here than anywhere else”.

One the stories being told in the project is that of Mikołaj Trzaska, a jazz musician who states that his avant-garde music is imbued with spirituality which he garners from the Jewish tradition. “If people can talk about difficult things, it means that they are really close”, remarks Trzaska.

Another participant in the project is Antonina Samecka, the founder and designer of the fashion house “Risk Made in Warsaw”, who uses Jewish motiffs in her designs which are taking Warsaw by storm. “I’m no stranger to chutzpah. It works very well in combination with Polish courage”, she says.

Betty Q, a Jewish burlesque performer who upholds body positiveness, is also involved in the project. “I use the fact that people recognize me to talk to them about seemingly controversial matters, and to clarify them. For example, the term ‘Jewess’”, says Betty.

“One cannot think about the future without knowing what happened in the past. Changes take place thanks to ordinary people and their people-to-people talk” says Dr. Lea Ganor, the founder of the Mashmaut Centre and another participant in the project, who was recently awarded the Knight’s Cross of the Order of Merit of the Republic of Poland.

This is a unique mixture of personalities with one defining common factor – these are people who care. They care about the world, they are conscious of and want to be involved with those around them, and they want to make a difference to the lives of others, as well as reconnect the new with the old.

Alongside with still active figures, the website also has a memorial section presenting the achievements and legacy of those recently deceased, whose impact on the history of both nations cannot be overstated. The project goes back to Jadwiga Grabowska, the creator of the most important fashion brand in post-war Poland, often called the Polish Coco Chanel; Krystyna Skarbek, an intelligence agent and the original James Bond; Irena Szewińska, a Polish athlete who set world records in female sprints and was a member of the International Jewish Sports Hall of Fame; and Fania Lewado, the proprietor of a popular vegetarian restaurant in pre-war Warsaw, now rediscovered by contemporary chefs.

This project is created thanks to a grant from the Ministry of Foreign Affairs of the Republic of Poland and under the honorary patronage of the Israeli Embassy in Poland. 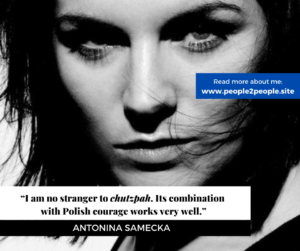 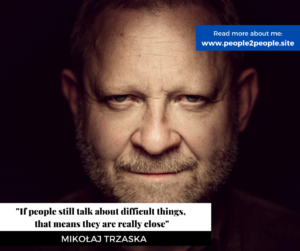 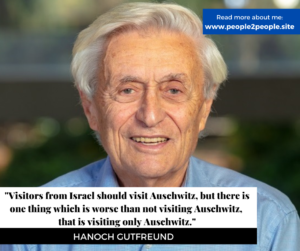 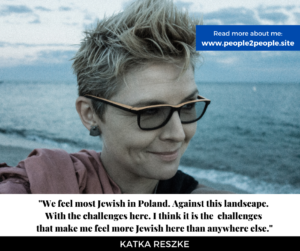